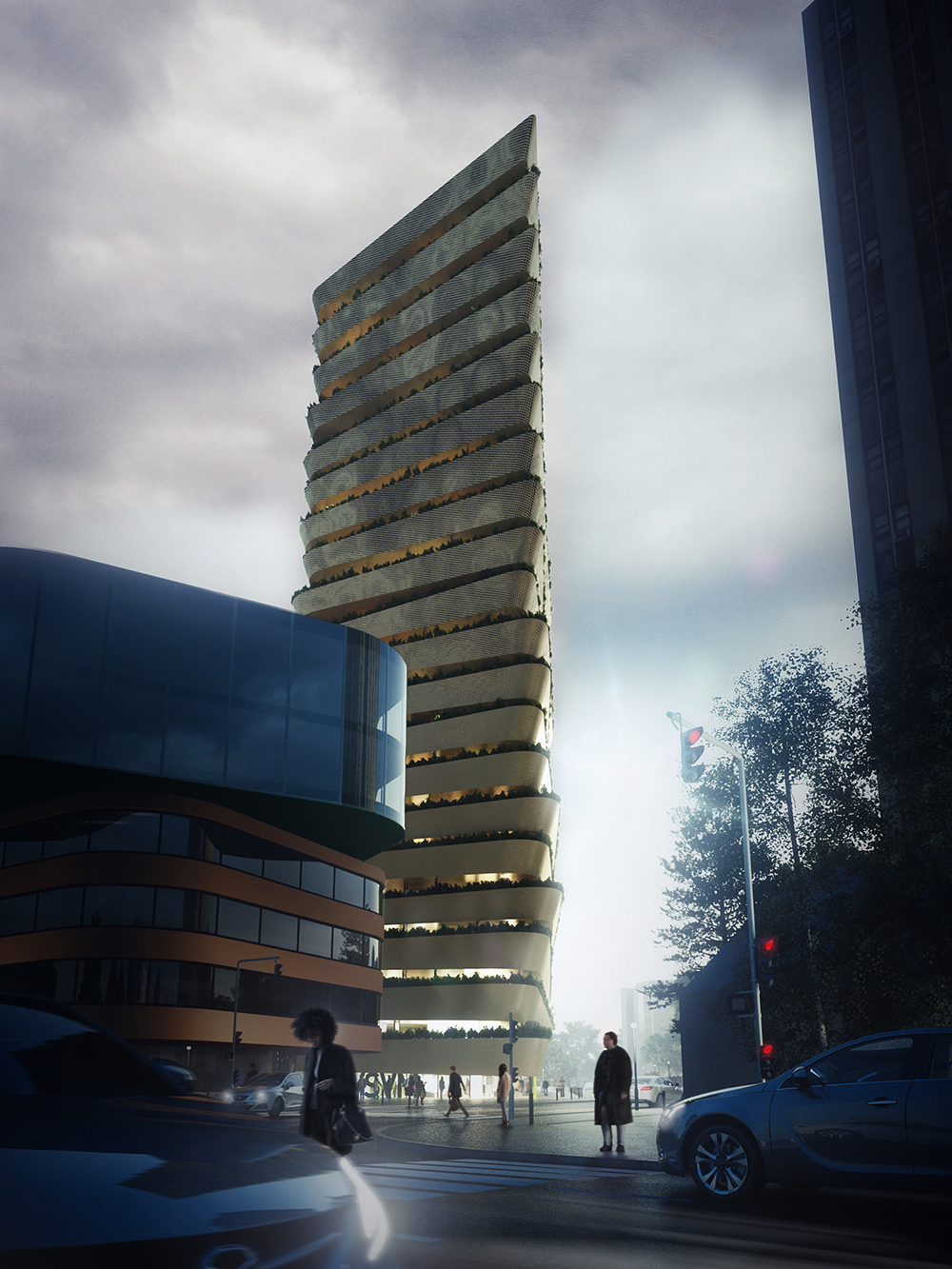 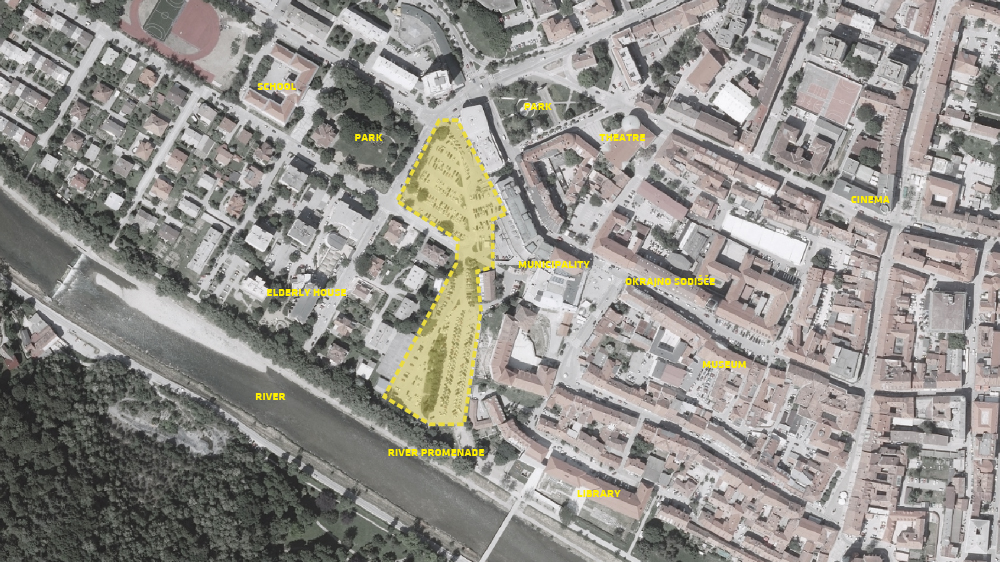 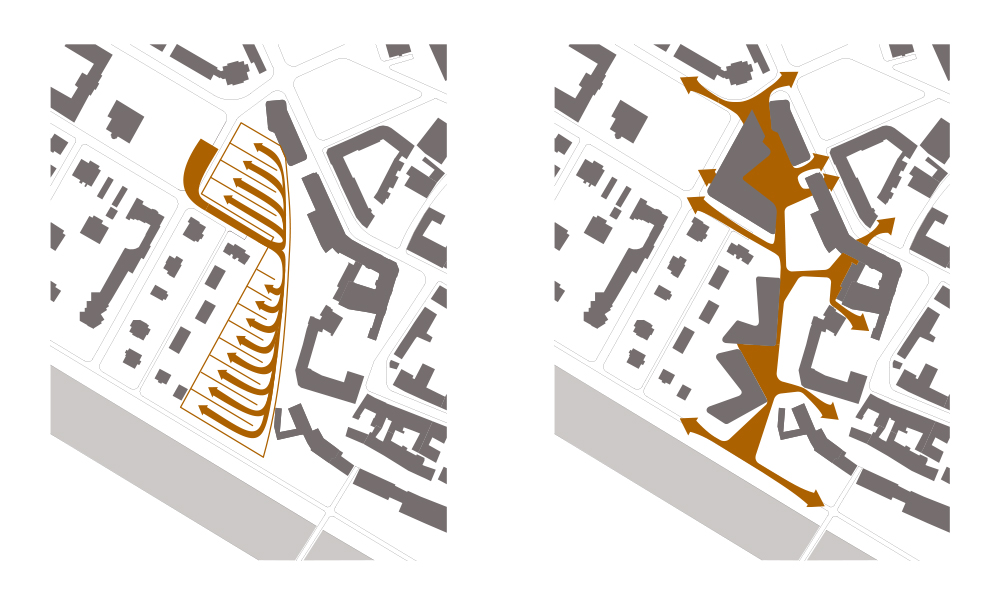 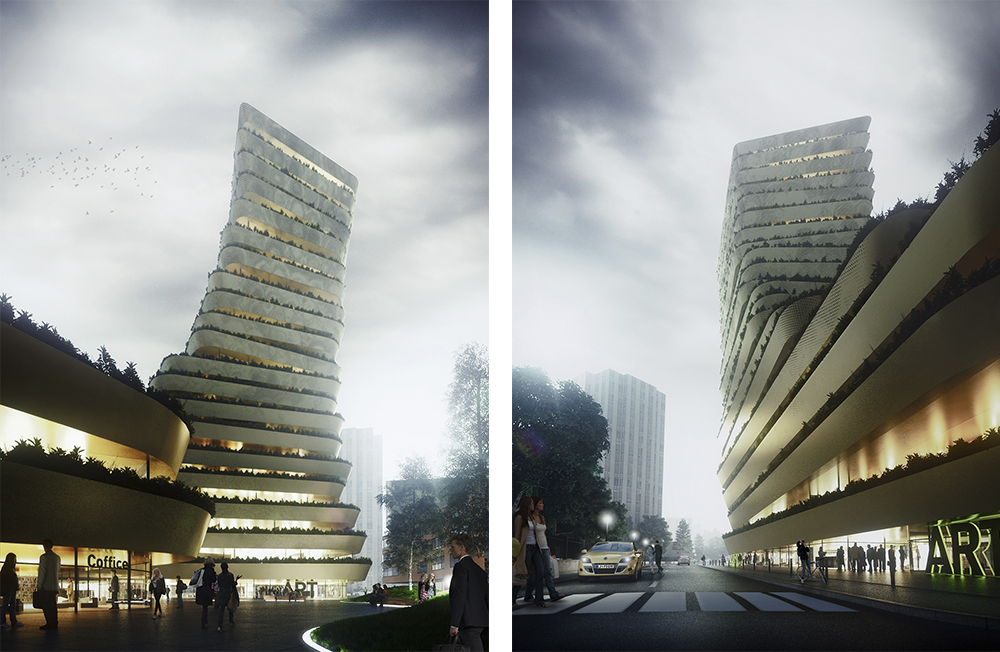 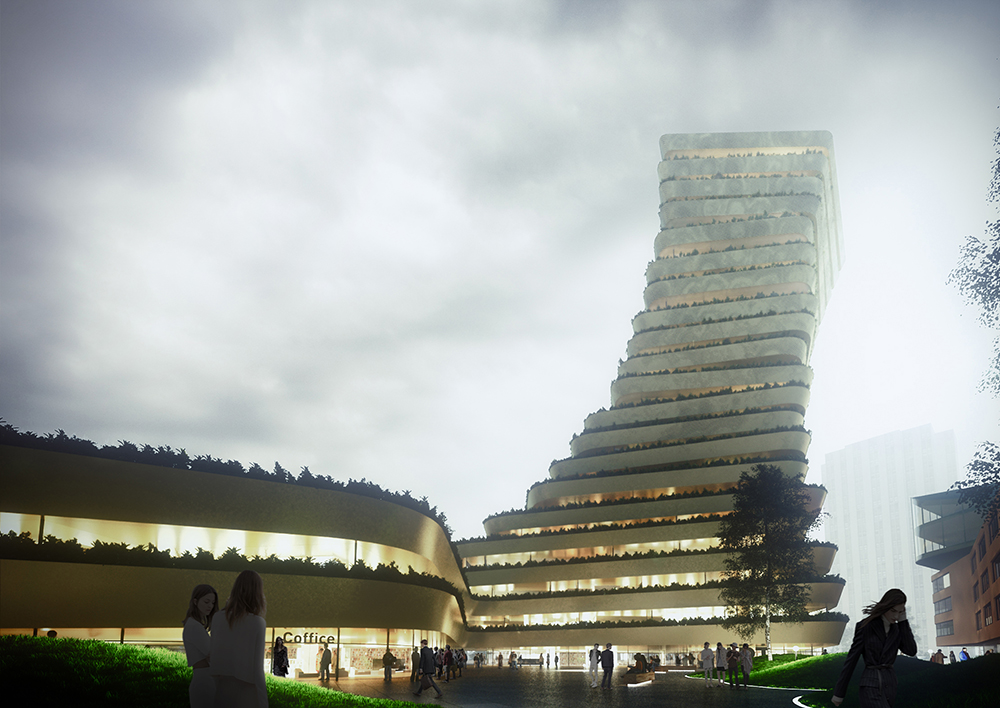 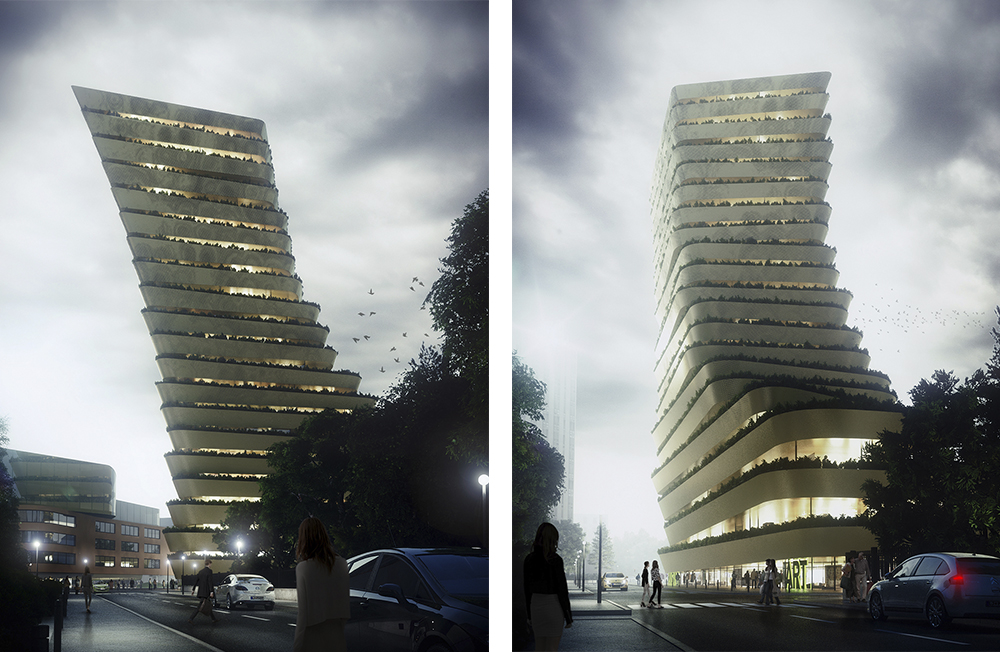 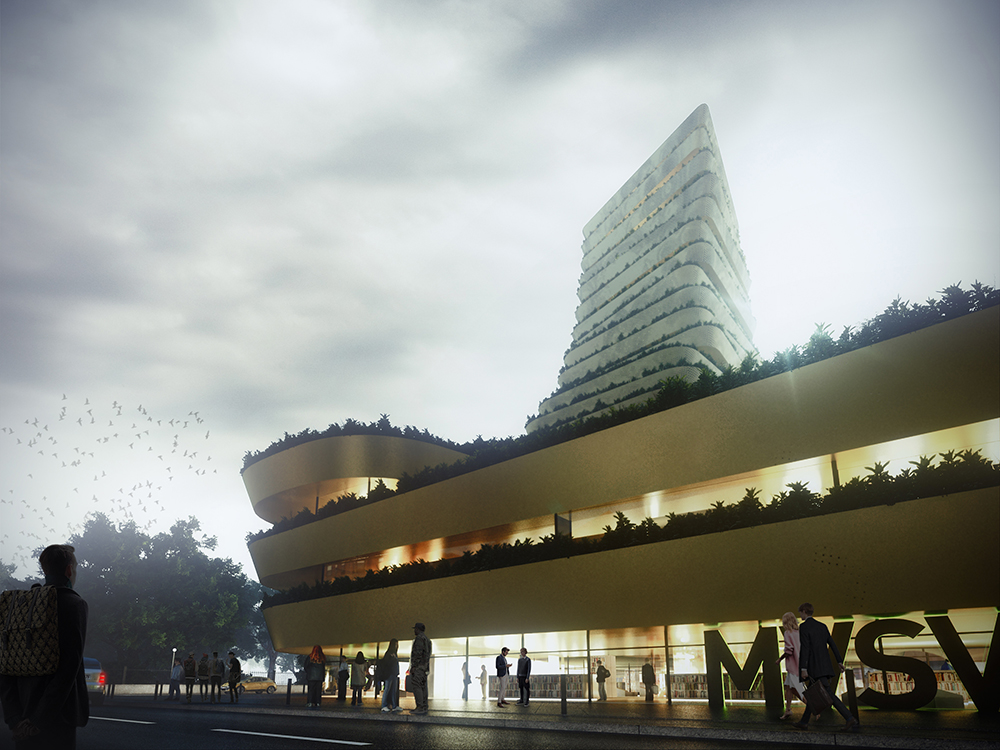 The new business residential building is located at an important location in the old city centre in Celje. The land intended for construction is a part of a larger degraded non-built up area, which was somewhat forgotten for decades and exempt from the development of the city. Through the years a very heterogeneous structure evolved around this "wound" in the urban tissue, which was untouched for a long time. Even though according to urban regulations, the location is a part of the narrow city centre, it is not directly adjacent to any historical buildings. In the north and east it is adjacent to a modern city block construction, on the northwest it is adjacent to a very high residential building in regard to scale of the city and in the south to a low-rise construction with residential villas and freestanding multi-residential buildings. In the west the area is attached to a large park and in the southeast extensive open space, which is also intended for a park in the future, connects it with the area along the Savinja River.

Therefore the volumetric design of the new building is not so much related to searching for a connection with the historical city centre but to reconnect the exceptionally heterogeneous construction of the area into a logical whole. The starting volume of the new building is determined in three steps. The lower floors, set up along the edges of the lot, epitomize the height of the freestanding residential buildings in the south. Together with the public program of the existing city block buildings they embrace the central area and form a new city square. In general, the city block buildings are the dominating form of construction in the city centre in Celje. The fitting for the city block at the treated location is formed by the existing buildings in the north-eastern part of the lot, while the central part of the new building on the western side of the lot rounds up the block with equally high building volume. The tallest point of the new building in Herman's square relates to the height of the existing residential high-rise, which is located along the road in the north-western edge of the lot.

The position of the building next to large opened park surfaces enables equal opening of the facades and lengthy quality views along the whole building envelope. The architectural design with circumferential balconies descends towards the south in the form of terraces and this blurs the sharp transition between the starting volumes. The number of floors of the building softly traverses between the heights adjusted according to surrounding buildings.

Due to the proximity of the city centre, the project offers a great opportunity to expand and enrich the urban ambient. Since innovative volumetric design reconnects the area with three typologies into a logical whole, special attention is also paid to connecting to existing walkways towards the city centre, which is further emphasised by directing all traffic underground. The system of squares defined by adjacent public program, connects the whole area between the surrounding streets and the central walkway along the river. The proposal for development of the wider area also suggests that the unarticulated edge of the individual residential villas along the path towards the river is rounded up with a low residential condominium during the second phase. In that manner accomplished rounded up area of new construction is separated from the historical part of the city with a wide green area. The green belt with the park creates a worthy frame to the historical construction.