MEMORIAL TO ALL VICTIMS OF WAR 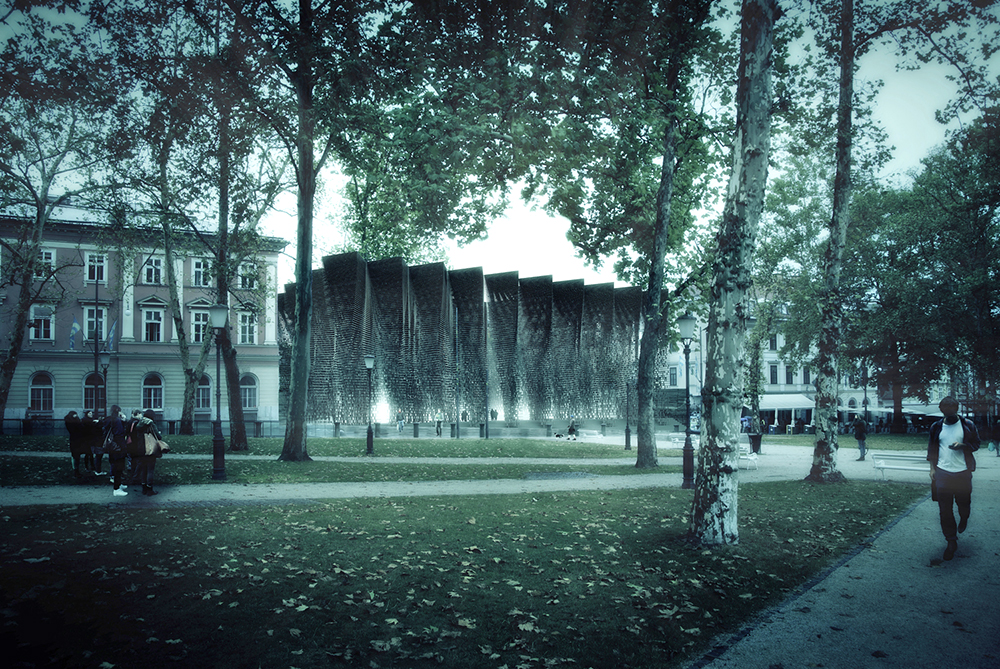 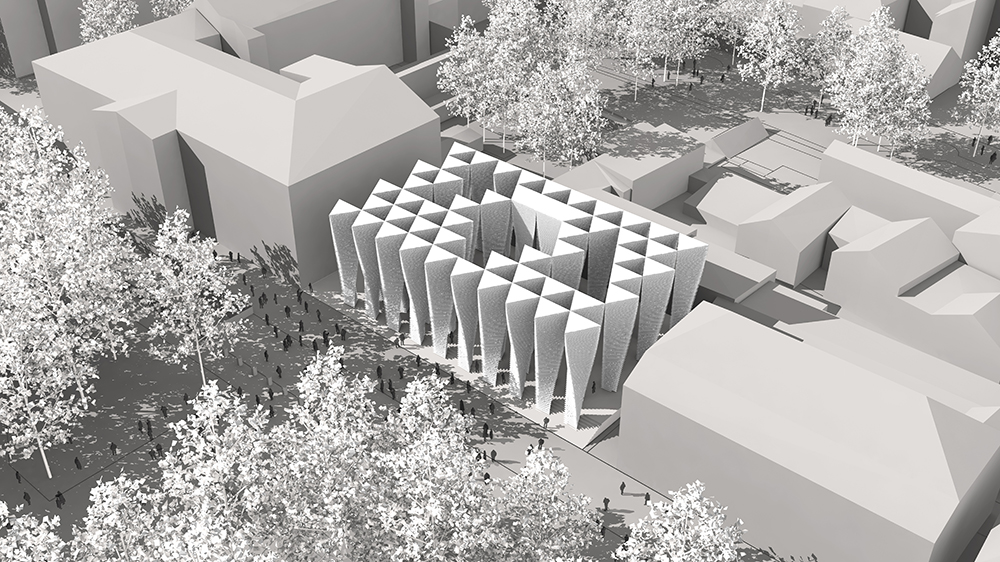 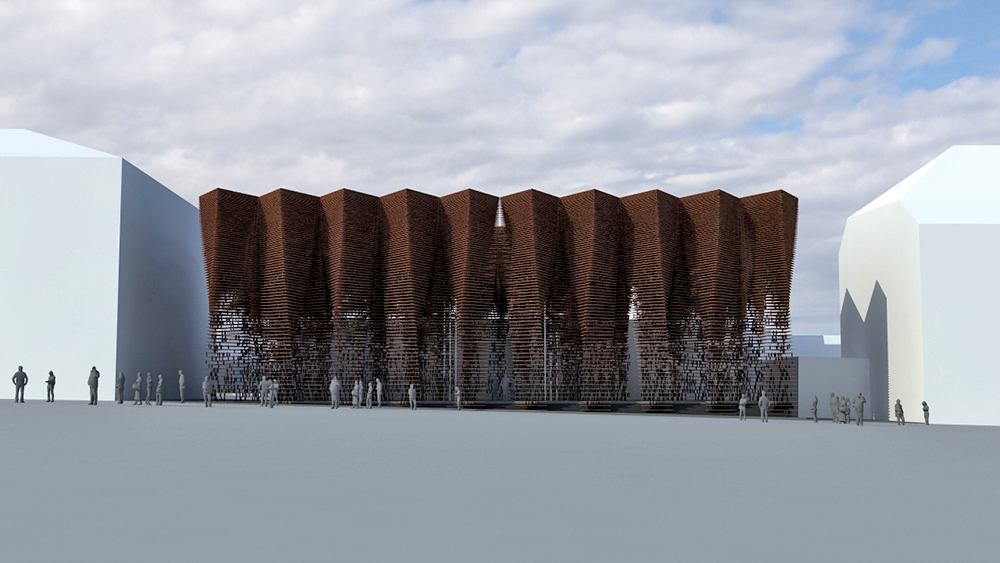 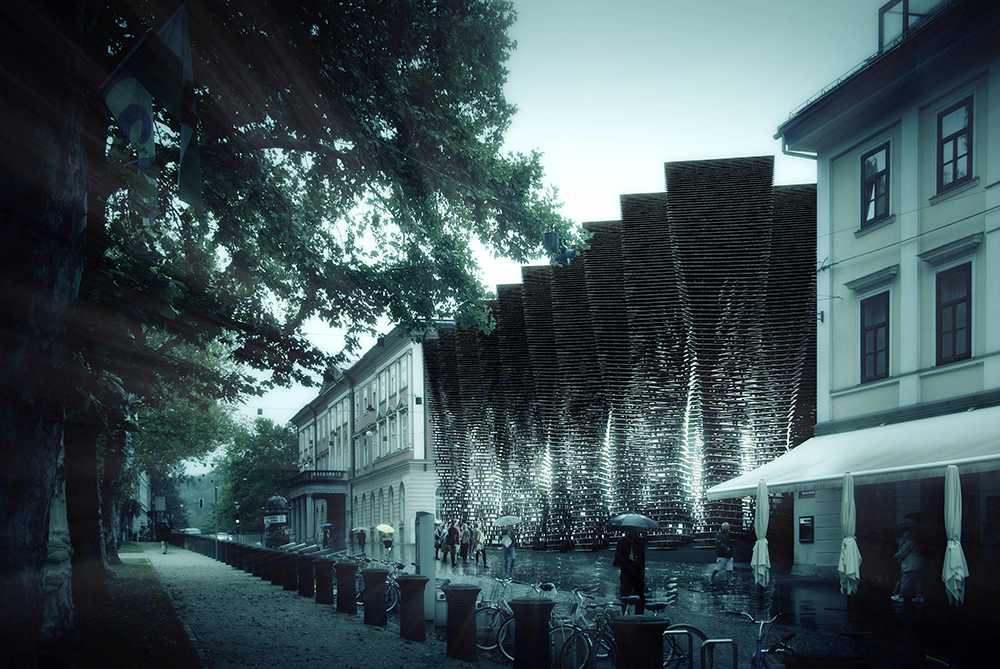 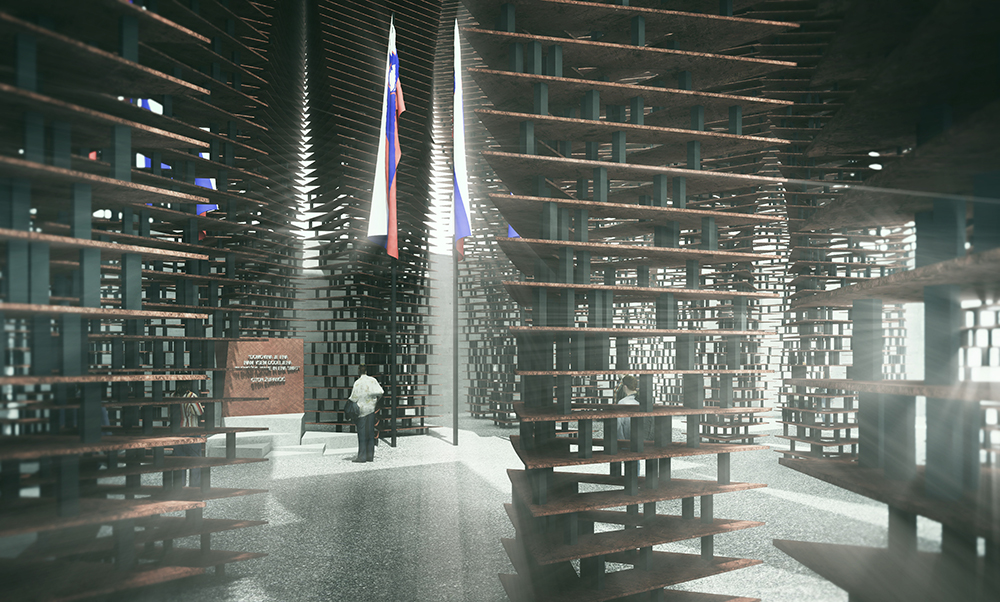 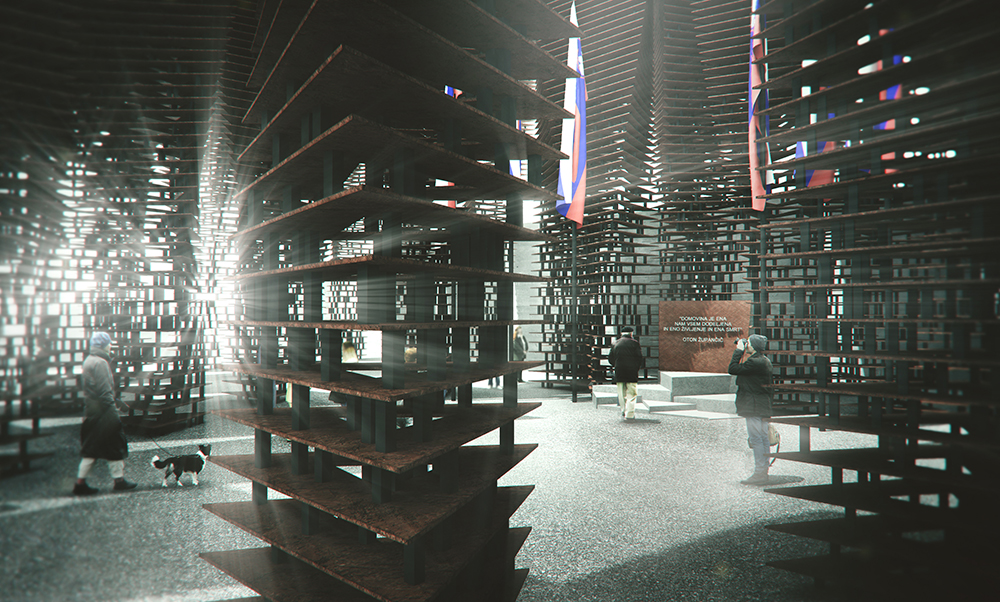 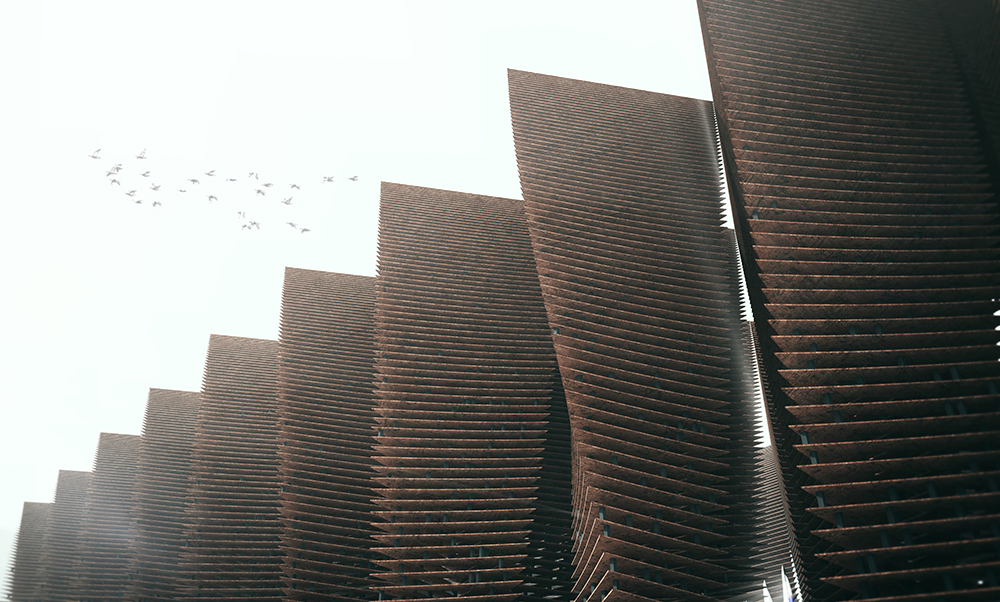 MEMORIAL TO ALL VICTIMS OF WAR

The basis for the design of a national monument that is to honour the memory of all victims of past wars is a reflection on coming to terms with the inexcusable violence, differences and divisions. The solution proposes a monument that creates the space, symbolisation and time for careful consideration and judgment of past events. By eliminating the conventional and direct figurative expression, we wish to guide the individual towards (self)reflection through an abstraction of the emotional experience of history. The memorial is to represent a reminder that we have not forgotten while making us look to the future, unburdened by past conflicts and differences.

The design proposal seeks to resolve the discrepancy between the given location and the highly sensitive topic of the memorial. The intended site of the monument of national importance – a gap in the built form of the urban tissue – is unrepresentative of this type of monument, both in terms of its incorporation and access points. To create a classically designed square would mean to create a square that could never compete with the existing Congress Square and Zvezda Park in its appearance as it would come across as a mere cove filling a flaw in an otherwise complete tissue of the city block which certainly does not reflect the importance and the symbolic value that the monument is to have for the Slovenian people. The assignment thus requires a well thought-out and balanced approach. In our case, this approach oscillates between the monument’s symbolic meaning that is to be recognised as such in its setting and its incorporation in the local urban environment. Both meaning- and form-wise, the monument is not treated as a foreign element but an urban structure of special importance blended into the city.

In answer to the said problem, the solution questions the classic perception of a memorial – it creates a reverse, inverted monument that is not to be observed from the outside but must be entered. The "empty space” (in the classic perception: the square) becomes full, the “filled up space” (in the classic perception: the monument) becomes empty, becomes a cove. The monument becomes a hybrid of the square and architecture; only in its interior does its form take shape and the symbolic space is created. Therefore, the monument can no longer be fathomed when walking casually past it but makes us take our time and enter it – only then can we fully grasp its message while finding a space to question, to meditate. A space with no figurative symbolism, a space where we are all equal and where everyone to whom the memorial is dedicated is equal.

As the adjustment of the ideal volume to the existing spatial properties results in the contraction of the courtyard outside the monument, the stairs are moved further in. The open inner space is fragmented by a network defined by the line of the urban tissue and the perpendicular protocol path through the shorter central axis of the park.

The available working area is filled up to the edge of the construction at an appropriate distance from the surrounding buildings. There are access points from the front while the back side remain as it is – we preserve the wall marking the boundary with the fine inner tissue of the city block with the existing bars and restaurants that is incompatible with the new memorial site.
The column supporting the roof represents the basic element of every building. In our proposal, the column is twisted around its own centreline and narrowed at the foot, thus making room for passage. The multiplication of this element forming a unique whole adds to the impression of a space without clearly defined boundaries and a clearly marked path – it symbolises the abstraction of an emotional response to the past. The repetition of the column as an archetypal spatial element introduces the unparalleled symbolic character of the space. That is how the visitor experiences this interesting structure that is fascinating from a distance and contemplative from up close – two key prerequisites for the powerfulness of any monument.

War is a malfunction, a system failure. Our monument becomes the symbol of total entropy, of decay within the society. The column loses its typical face: it becomes utterly dematerialised, widening towards the top, its mass optically increasing. The architectural design itself as well as the choice of material (Corten – corrosion as a remnant of the past) leave us with a slightly uneasy feeling – a reminder of the dark side of the past that leads to reflection and creates a field of contemplation.

Words of the panel:

“The proposal that, in a modern sense, follows the language of monumental post-war monuments of Bogdanovič or Džamonja with its multi-layered and sculpturally exquisite iconography, is undoubtedly one of the rare jewels in this competition that won 'only' third prize.”